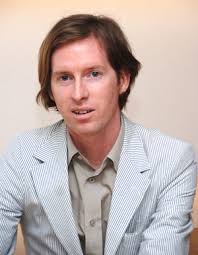 What interests me most about Wes Anderson is that his stories seem to originate from his props—the story serves the prop, in other words, instead of the prop serving the story, as is the usual tendency.

In the Darjeeling Limited, the prop that plays the starring role is an exquisite collection of suitcases (designed by Marc Jacobs for Louis Vuitton, with “suitcase wildlife drawings” by Eric Anderson). The luggage (and the baggage they represent) are the legacy of the three sons’ father. The supporting cast includes an expensive leather belt, ornate loafers, the father’s glasses, with a cameo by the dad’s razor.

As the main characters disembark the train for their first spiritual experience of the journey, they get sidetracked at the market to buy, well, props. Even the shoes they buy are more prop than footwear. Even the snake they buy–and later mourn when it’s taken away, as a child mourns a lost toy–is nothing more than a prop, something to carry, something which their life flows into.

All of these objects are beautiful, works of art in their way, fanciful and surprising, as the story is—as the film is as well. ’s frames are similar to his props in their preciousness and stylization. Everything is so well staged, even the unexpected—his characters move through life as if between a dressing room and a fashion ad. They’re conscious of always being watched, and watching themselves, which is why they need some damn good props.

As A.O. Scott wrote in the Times, ’s “frames are, once again, stuffed with carefully placed curiosities, both human and inanimate; his story wanders from whimsy to melancholy; his taste in music, clothes, cars and accessories remains eccentric and impeccable.”

Of course, getting rid of the props, ditching the style, is the key to happiness (at least the Buddhists would say this), and the three brothers in the film, after their spiritual journey, their attempt to be “brothers like we used to be,” to “say yes to everything,” leave the prized suitcases behind in a dramatic ending that might be called a Buddhist chase scene.

I wish he’d make a sequel starring the luggage that has been left behind. As much as I enjoy his kooky, singular vision, I sometimes can’t help but think that the guy is too damn cool, even when he’s on a spiritual journey. He can’t take off his sunglasses. He doesn’t know how, or if, people can be people without their affectations, obsessions, and fetishes.