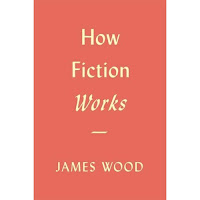 Okay, so I’ve read several scathing reviews of James Wood’s new book, How Fiction Works. It seems that Wood’s views aren’t working for many reviewers–to the point that I wonder whether he’s just pissed them off at cocktail parties or slept with their partners, but that’s speculation.

And Wood does make observations that intrigue me: “Nabokov and Updike at times freeze detail into a cult of itself.” The contemporary emphasis and glorification of gorgeous detail has always eluded me. I’ve always read for character, which flows into dialogue and action, choice and meaning–but rarely into detail, at least in my mind, or only as a tertiary element. I’ve been miffed by the number of writers who are so highly revered for their dissecting eye rather than their ability to tell a story, draw compelling characters, write startling dialouge.

Is the ability to describe in such detail truly the trait we want to honor in a writer–a storyteller? Do we really want to know so much about the dust motes in a room, to read the adjectives that describe a person’s lips or brow, or how he or she walks or stands or drinks. Telling details, sure, but I’m not sure if God is in the details, at least as they’ve been defined recently.

Now I’m off to buy Wood’s book, even though Kirn says it will induce a nap. If so, I know my dreams will be dramatic, but lacking in detail.