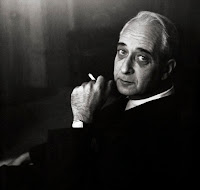 Every fiction writer or critic has to eventually face the question, “Why write?”

Fiction, whether great or mediocre or downright bad, might be nothing more than entertainment for many, or a trophy on a book shelf for others (how many people read Infinite Jest is something I want to know).

And how many novels do we need, anyway? Couldn’t there be a 20 year hiatus, or perhaps strict limitations on how many novels should be published each year? What would happen in such a case?

Perhaps nothing, but I just read an article on Lionel Trilling in the New Yorker that provided a good riposte to anyone who poses such questions.

The argument of “The Liberal Imagination” is that literature teaches that life is not so simple—for unfairness, snobbery, resentment, prejudice, neurosis, and tragedy happen to be literature’s particular subject matter. In Trilling’s celebrated statement: “To the carrying out of the job of criticizing the liberal imagination, literature has a unique relevance . . . because literature is the human activity that takes the fullest and most precise account of variousness, possibility, complexity, and difficulty.” This is why literary criticism has something to say about politics.

The word variousness is key here. Perhaps no research can make a connection between reading and writing and the kind of conscience that holds possibility, complexity, and difficulty in a single thought, but this is the value I like to ascribe to writing and reading.

It’s at once political, as Trilling notes, but something more: a matter of the soul. And the two are one.

People’s political opinions may be rigid; they are not necessarily rigorous. They tend to float up out of some mixture of sentiment, custom, moral aspiration, and aesthetic pleasingness. Trilling’s point was that this does not make those opinions any less potent politically. On the contrary, it’s the unexamined attitudes and assumptions—things that people take to be merely matters of manners or taste, and nothing so consequential as political positions—that need critical attention. “Unless we insist that politics is imagination and mind,” as Trilling put it, “we will learn that imagination and mind are politics, and of a kind we will not like.”

Trilling thought that people’s literary preferences tell us something about their conception of what he called “the sentiment of being”: about the kind of people they wish to be and about the way they wish others to be—that is, about their morality and their politics.

Which begs the question, why is Robert Jordan both Barack Obama and John McCain’s favorite literary hero? Here’s an essay in The New York Times to ponder.

And speaking of variousness, here’s Trilling and Nabokov discussing Lolita: