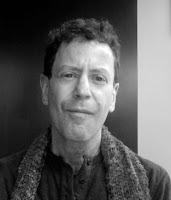 You know to expect something different from Hotel Amerika just from its name. It’s going to take you elsewhere, or if not, it will give you a decidedly different take on the place you call home.

Let’s just say that Hotel Amerika publishes a distinctly Amerikan prose, and it’s a journal with its own democratic sensibilities.

I’ve always wanted to stay at Hotel Amerika. Apparently, they bring you eggs and The Trial. I think our name is disorienting, but metaphorically apt. We’re a hotel: we have somewhat continental affinities, room for different sensibilities.

You say your editors favor “work with a quirky, unconventional edge.” What do you mean by “quirky” and “unconventional”?

We like work that looks different, that tests generic boundaries, work willing to say things radically, say radical things. That said, we also like work, especially nonfiction, that is beautifully confident of his generic history, and can perform, say, the essay, in ways that are confident, originally voiced, and stylistic rare. We like sentences.

What distinguishes Hotel Amerika from other literary journals?

Fear, surprise, and ruthless efficiency. I’m sorry, I was thinking of something else.
I think the magazine looks rather lovely. I think the combinations of prose, poetry, transgeneric writing—which we now include as a permanent category in our contents—and fiction continue to be surprising—at least, I hope they are. We’re utterly open to writers at all stages of their careers. We take a lot of material from over the transom, along with solicited work, and continue to publish first-time writers, and highly rewarded, well-known writers.

What percentage of the submissions you receive do you publish?

I couldn’t tell you, and wouldn’t want to research this. Not a high one. But that’s true everywhere.

Tell me about the submission and review process.

There is a first line of readers, which consists of Adam McOmber, my managing and associate Editor, and the assistant editors, Jennifer Tatum-Cotamagana and Micah McCrary, and several student readers and other writers who serve as readers, and Garnet Kilberg-Cohen, who is fiction editor. I read much of the nonfiction, and have final say on all acceptances.

Can you point to a piece or two that are quintessential Hotel Amerika stories or poems?

I’d say our special issues were very defining: the Transgenre issue, our recent Aphorisms issue. There are writers we have ongoing relationships with, such as Peter Lasalle, Mary Capello, Cynthia Hogue, Brian Teare, Alice Jones, Colette Inez, and others.

What advice would you give to a writer submitting to Hotel Amerika?

I would not submit the kind of autobiographically narrative poems that you might be likely to see in a dozen other literary magazines. Something has to be different.

I would not submit a piece of memoir unless it’s performing something so interesting, doing something with its language or form that it’s going to stop me in my tracks.

You’re mainly a print publication. Do you have any plans to put issues online?

As a writer, how does editing a literary journal affect your writing?

Well, it takes time away, for one thing. Which is a harrowing idea every writer-editor thinks about. But, it also hones your instincts. Continually sharpens them. It’s a bit of a deal with the devil.

Does Hotel Amerika throw publishing parties? What are they like?

They’re raucous, but also slightly melancholy, filled with a combination of readers huddled in the corners singing Doo Wop, despite the malfunctioning mist machine, and senior editors pathetically trying their hands at Gangsta Rap. We serve jello with fruit and ladyfingers.

Strictly BYOB. But we’re all teetotalers, except for . . . well, I’m just too discrete for that.

David Lazar’s books include The Body of Brooklyn (Iowa), Truth in Nonfiction: Essays (Iowa), Michael Powell:  Interviews and Conmversations with M.F.K. FISHER (both Mississippi).  His prose poems and essays have appeared in The Southwest Review, Denver Quarterly, Best of the Prose Poem, Gulf Coast, Sentence, Southern Humanities Review and many other journals and magazines.  He is the director of the nonfiction program at Columbia College Chicago, and the editor of Hotel Amerika.