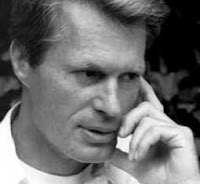 One way to judge the significance of a book is by how much its mood affects you afterward. Such criteria doesn’t fit into any academic critical framework, but it’s the one that matters to a reader in the end.

As Roland Barthes said in The Pleasure of the Text, “The pleasure of the text is not necessarily of a triumphant, heroic, muscular type. No need to throw out one’s chest. My pleasure can very well take the form of a drift. Drifting occurs whenever I do not respect the whole, and whenever, by dint of seeming driven about by language’s illusions, seductions, and intimidations, like a cork on the waves, I remain motionless, pivoting on the intractable bliss that binds me to the text (to the world).”

Such is the way I’ve learned to read J.M.G. Le Clezio: with an appreciation of drifting, if not an indulgence in it.

I hadn’t heard of Le Clezio when he won the Nobel Prize in Literature in 2008, but when I read the comparisons of him to Paul Bowles, another author best read with the sensibility of drifting, I was eager to read him.

First I read The Interrogation, his first novel, which he now calls “close to a joke.” He’s right. It reads like a noveau roman written by a young writer bursting with adventurous and daring, if not ridiculous, pretensions. It put him on the literary map in 1963, though, and because of his chiseled good looks, he became known as the French Steve McQueen (his photos, especially the ones by Henri Cartier-Bresson, are indeed quite compelling in a cinematic sort of way).

Then I read The Prospector, which gave me a sense of Le Clezio’s art as drifting, but I wasn’t taken by the novel, and in fact, I questioned his Nobel.

I rarely give an author a second, not to mention a third, chance, but then, finally and fortunately, I read Desert, which is magnificent, memorable, moody. Not Paul Bowles, but there won’t be another Paul Bowles. And Le Clezio has a markedly different sensibility—he’s less interested in seeing the danger and estrangement in others and other cultures than seeing a purity of being in the elsewheres he writes about, a truth that can’t quite be reclaimed.

Desert tells of the diaspora caused by the French colonial army in North Africa when they defeated the nomadic Tuareg, the indigo-robed Blue Men. It’s a narrative of two characters: Noura, who in 1909 migrated north across the Western Sahara in a caravan of nomadic Berber tribes, and a dreamy orphan named Lalla, who escapes the shany towns of Tangier (Paul Bowles’s territory) to move to Marseille.

The novel moves in a time that is almost lifelike: slowly, without the drive of plot. The rhythm is set by the swirling sands of the desert, the pulse of the sun, jagged rocks, and blistering heat. The caravan plods for hundreds, thousands of miles, and you feel each of their painful steps as they leave a home and look for another one far away.

Meanwhile Lalla searches for that lost home in a more mystical sense, escaping the harsh realities of life through her communion with an outcast named al-Ser, the spirit of the blue man warrior who serves as a guide to the natural world.

The desert is the main character of the novel, however. Despite all of the harshness it delivers, Le Clezio sees in it a primordial grace, a numen that deserves reverence.

The idea of loss is at the center of Le Clezio’s work—people banished from their paradise by the hostile forces of civilization. But he portrays this loss in a complexity in which there are no winners.

As he puts it in Mexican Dream, a collection of essays on the conquest of Mexico, “In destroying Amerindian cultures, the conqueror also destroyed a part of himself, a part he will undoubtedly never find again.”

As an author, he writes as one listening to the music, a witness rather than one imposing his will upon the narrative. His characters often seem to move with the wind itself. In tracing the connections between the modern industrial world and the world that existed before it, he has likened himself to a spider, “touching threads to see where the vibrations come from.”

Perhaps LeClezio has such a talent because he grew up as a child in strange lands, born in France to a family that had lived for generations in Mauritius, and of a British father who was a doctor in Nigeria. He was fascinated by the alien landscapes he lived in, the differences between his western heritage and the manners of a more ancient culture.

He’s now a dual Franco-Mauritian citizen (who resides in New Mexico). “I’ve always felt very much from a mixed culture—mainly English and French, but also Nigerian, Thai, Mexican. Everything’s had its influence on me,” he said.

The Prospector, in particular, captures his sense of the lost idyll in its rather simplistic plot of Alexis L’Etang, a dispossessed son, who escapes from a dreary job to go treasure hunting. But it’s not so much literal treasure that he seeks, but the memory of his childhood and his father.

The characters in The Prospector aren’t particularly individualized; they’re almost flat, moving through life through their senses rather than the logic of their thoughts. The desire is simple: to be at one with the world’s rhythms, its seasons—an impossibility with civilization.

“I am as adrift in this lonely valley as I was on the vast ocean,” Alexis observes, but that isn’t a complaint. Drifting is an aspiration, an idyll.

You could say that he’s guilty of overly romanticizing the primitive (anything barefooted is celebrated), but a sense of utter loss hangs over it all, and there’s really no return. Although Alexis is driven at once by a traditional quest/adventure narrative—to return to a state of being “utter savages”—he’s at the same time undermined by a more postmodern sense of a world fragmented and lost.

In fact, that’s what LeClezio is about: loss. He’s not arguing for a return to a better kind of life, he’s just saying that it’s gone.

In a life haunted by loss, it’s not the quest for what’s lost that can deliver us, but an embrace of our essential alienation. As Le Clezio says about his predilection to seek new places to live, “you have to get rid of old habits, change your points of view, adapt. It gives you a kind of youth, which is good for writing.”