I’ve been asked whether I’m related to William Faulkner thousands of times in my life. It’s safe to say I have a strange and abiding kinship with the man, one that will indeed last an eternity, so it was only fitting that I stopped by his house, Rowan Oak, when I crossed into Mississippi for the first time in my life.

The word that first came to mind as I stepped onto the hushed grounds of Rowan Oak was “hallowed.” Hallowed because there was none of the expected tourist fanfare surrounding the place (in fact, we got lost trying to find it). Hallowed because everything was just as William Faulkner left it. It was as if the writer hadn’t left the house.

When Faulkner’s daughter Jill wanted a radio in her teen years, Faulkner and his wife argued about it. Faulkner didn’t want any technology in the house (he also forbade air conditioning, believe it or not). I wonder if he wanted to preserve the dramatic tension of his story world, the South trapped between the past and a questionable future. The South living in the past.

He guarded his privacy, which was quite evident. The house felt like a writer’s sanctuary. It was difficult to imagine it full of the noise of life. He was famous for the ghost stories he told children who stayed in the house, and his ghost seemed present in every room. “All Faulkners believe in ghosts,” his niece, Dean Faulkner Wells, said.

As Faulkner wrote in Requiem for a Nun: “The past is never dead. It’s not even past.” If we’d come in the summer, I imagine the sun might have shone on dust motes hanging in the air, as they did in the opening pages of Absalom, Absalom (my favorite Faulkner novel).

In his writing room, he’d gotten frustrated with the wind blowing the papers of the outline of what would be his last novel, so he wrote the novel’s structure out on the wall (photo below). Yes, William Faulkner actually structured his novels in his mind before writing them, as much as they appeared to be wild and chaotic creations. I’ve always wanted to do something similar with my office walls, to immerse myself in the story.

His quotes in the house paid such deep reverence to the sacredness of creativity, the importance of storytelling. I left as if receiving wisdom from my grandfather.

Here’s a favorite quote that speaks to everything about a writer’s purpose:

I decline to accept the end of man… I refuse to accept this. I believe that man will not merely endure: he will prevail. He is immortal, not because he alone among the creatures has an inexhaustible voice, but because he has a soul, a spirit capable of compassion and sacrifice and endurance. The poet’s, the writer’s, duty is to write about these things. It is his privilege to help man endure by lifting his heart, by reminding him of the courage and honor and hope and pride and compassion and pity and sacrifice which have been the glory of his past. The poet’s voice need not merely be the record of man, it can be one of the props, the pillars to help him endure and prevail.

Here are some favorite photos: 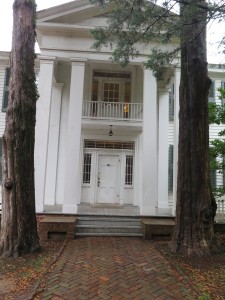 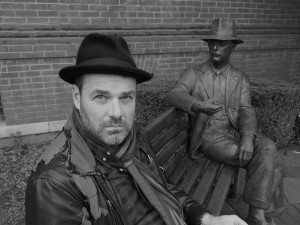 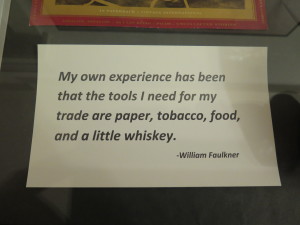 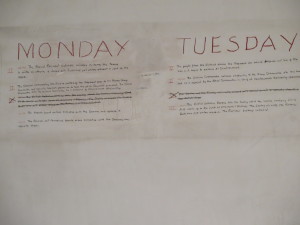